The Importance of Being Earnest by Oscar Wilde 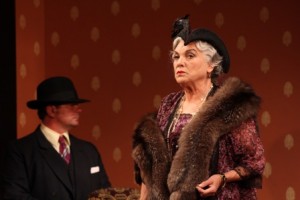 On the Mainstage at Williamstown Theatre Festival through July 14

Lady Bracknell as a tough, pistol-packing mob matriarch? Played by the indomitable Tyne Daly? Absolutely. In directing Oscar Wilde’s The Importance of Being Earnest at Williamstown Theatre Festival, David Hyde Pierce, with a touch of inspired alchemy, has given the audience a new way to enjoy this marvelous society satire. 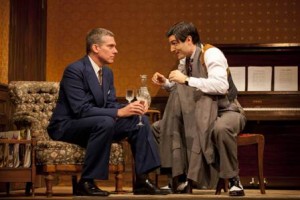 nyon’s fictional New York gangsters, circa 1932, operated within a social hierarchy as clearly defined as that of Wilde’s fictional English upper class at the close of the Victorian era. So why not take The Importance of Being Earnest, Wilde’s brilliant comedy of manners, and imagine the characters are members of an American mob family, transplanted to London to escape some awkward “entanglements”? That is precisely what Hyde Pierce decided to do, with fascinating – and very, very funny — results. 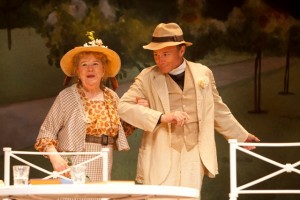 As it turns out, the precise, mannered speech of Runyon’s gangsters, with their deliberate pronunciation and elaborate vocabulary, is reminiscent of the dialogue that Wilde created for his British gentry. Hyde Pierce shifted the timeframe forward a few years to the 1930s, added revolvers in shoulder holsters to the men’s costumes, and created a fresh way of experiencing this classic. Wilde’s characters work well, for the most part, as mobsters and molls, and the wicked wit that makes this play a perennial favorite is unimpeded by the change of accent. 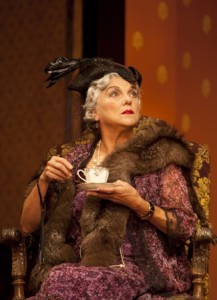 The plot of The Importance of Being Earnest revolves around two single gentlemen, Jack Worthing (a strong, steady performance by Glenn Fitzgerald) and Algernon Moncrieff (nicely played by Louis Cancelmi with a brash, slightly smart-alecky attitude). Jack, who is called Ernest by his friends in London, wants to marry Algernon’s cousin Gwendolen, but Gwendolen’s mother, the intimidating Lady Bracknell, described by one of the other characters in the play as a gorgon, objects to the match. Gwendolen, however is set on the marriage: she has always dreamed of marrying a man called Ernest.

Jack, also known as Ernest, Worthing has been leading a double life: calling himself Ernest in London and Jack in the country, where his ward Cecily lives with her governess, Miss Prism. When Algernon discovers that his friend has a young ward named Cecily, he visits unexpectedly, announcing himself as Ernest Worthing, Jack’s brother, only to fall instantly in love with her. Cecily, too, has dreamed of marrying a man called Ernest. 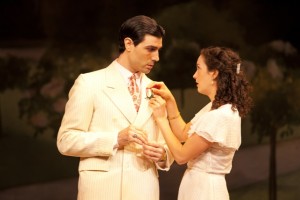 The action of the play revolves around Jack’s efforts to persuade Lady Bracknell that he should be permitted to marry Gwendolen; clearing up the confusion about his two identities and the unusual circumstances that led to his adoption; and resolving Gwendolen and Cecily’s mistaken notion that they both are engaged to the man named Ernest Worthing.

Hyde Pierce has done an excellent job; he knows comic timing, and he assembled an excellent cast who could deliver the goods. Tyne Daly is a fine choice as Lady Bracknell; she has definitely mastered the withering look, and can deliver a drop-dead line with the best of them. Her interrogation technique, aimed at Jack/Ernest as Gwendolen’s suitor, is extremely effective, to say nothing of daunting. 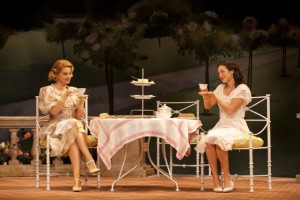 Amy Spanger is terrific as a ditzy blonde Gwendolyn who is set on getting exactly what she wants, and Helen Cespedes is charming as the no-less-determined Cecily. When these two face off over the tea table, the sparring is rapier sharp, and the verbal barbs are no less dangerous for being couched in the most excruciatingly polite terms. 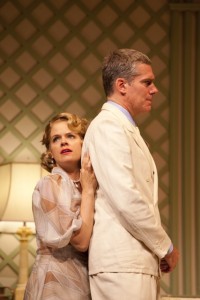 Marylouise Burke is perfect as the loopy Miss Prism. Her face, her voice, her posture, all contribute to this hilarious performance. She is delightful, and it’s no surprise that Henry Stram delivers a charming and humorous Dr. Chasuble, the vicar who is the object of Miss Prism’s flirtatious advances.

The set is a marvel; Algernon’s apartment slides into position, giving the audience a view first of the kitchen, then the sitting room, and then the formal parlor. The garden and conservatory at the country manor are impressive as well, and set off by well-crafted lighting. The costumes are ideal, from chalk-striped suits and fedoras to Lady Bracknell’s fur-draped chiffons.

Oscar Wilde was taking aim at “polite society” when he wrote this play, so it follows that some rule-breaking is in order. In embracing the gangster motif, Hyde Pierce re-imagined this work in a way that brings a fresh perspective while preserving the wicked wit; it’s an impressive accomplishment, and what’s more important, it’s very, very funny. The New York-ese accents never interfere with Wilde’s brilliant language and his perspective on the absurdities of human interactions. 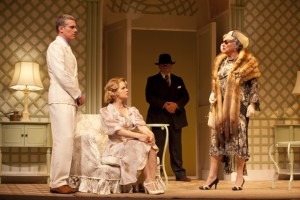 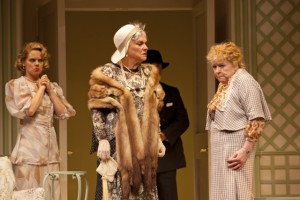