Treasure at Tanglewood: Saturday morning talks and rehearsals a welcome opportunity to enjoy and learn 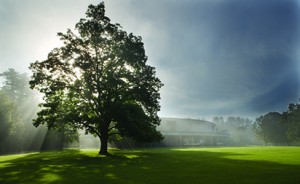 The Shed at Tanglewood; photo by John Ferrilo.

Every summer Saturday, an enthusiastic audience gathers at Tanglewood at 9:30 in the morning, ready to learn about the program for the Sunday afternoon concert. On Saturday, July 16, they were rewarded with a wealth of interesting information about the connections between George Gershwin’s “Rhapsody in Blue” and Maurice Ravel’s Piano Concerto in G, two magnificent works set to be performed by pianist Yuja Wang the next day. Robert Kirzinger, BSO Assistant Director of Program Publications, gave the talk at 9:30, followed at 10:30 by the rehearsal of the Sunday program with the Boston Symphony Orchestra (BSO) under the direction of conductor Gustavo Gimeno. 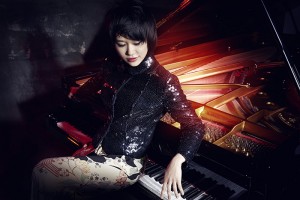 Gimeno led the BSO through the complete program for the Sunday, July 17 concert, beginning with the two pieces that featured Yuja Wang at the piano — the Ravel and the Gershwin — followed by Sergei Prokofiev’s Symphony No. 1 in D and Igor Stravinsky’s Suite from “The Firebird.” It’s fascinating to observe the musicians in rehearsal, especially when the conductor stops and returns to certain passages to refine the performance.

The weekly Saturday morning line-up at Tanglewood, with the pre-rehearsal talk at 9:30 a.m. and the open rehearsal at 10:30 a.m., offers an exceptional opportunity to enjoy the music and the orchestra in a more casual setting; expand one’s knowledge of classical music; and to prepare for the next day’s concert – this writer found that having background information and a deeper understanding of the composers and their work made the Sunday concert much more enjoyable and more meaningful.

Robert Kirzinger shared some of his ideas about making classical music accessible in an email interview this week. “Developing a context for culture — it doesn’t have to be classical music or even what’s considered ‘high’ culture, just anything unfamiliar — is the foundation for allowing an audience ‘in.’ A lot of people aren’t exposed much to classical music as a matter of course,” Kirzinger says. “I hope I’m alerting them to the idea that an immediate, visceral response to what they hear is enough for a first step, rather than their coming in with anxiety or trepidation about not understanding stuff that might block such a response. That’s a fallacy, that idea of having to ‘get it’ on some concrete level, that I’d like to help dispel,” Kirzinger continues. “Even so, a little context goes a long way. It helps pave the way for a passing encounter to become a lifelong interest, even passion. These aren’t lectures — they’re basically us chatting about what we think is cool about a piece or a composer.”

Kirzinger admits that preparing for the talks enriches his own concert experiences. “While a lot of the music in these concerts is very familiar to me, any opportunity to spend time thinking about how a piece works, what moves me about it, its historical context and influence, and how it rubs up against other pieces in the program usually yields some idea or insight that I hadn’t considered before,” he says. “In the July 16 talk, thinking about the likelihood of Ravel being influenced by Gershwin and the successful and subtle blending of jazz/blues with classical music was a direct result of the pairing of the ‘Rhapsody in Blue’ with the Ravel G major concerto.” Kirzinger plays carefully selected passages from recordings to illustrate his talks. “I made a point of using a 1920s recording of Gershwin himself playing the ‘Rhapsody,’ and thought about the freedom and energy with which he, and subsequent pianists, approached the solo parts; this in turn led me to listen closely to how Yuja Wang played the piece. Same with the Ravel: the recording I used was a Martha Argerich performance with the BSO that was extremely flexible rhythmically in the second movement. It’s fascinating how different performances can be equally valid while varying a lot in their approach. Yuja Wang’s performances were scintillating, but very different from Gershwin’s and Argerich’s. Pieces that allow such disparate, evolving approaches while retaining their essential style are really lovely to contemplate, and that’s one measure, I think, of greatness.” 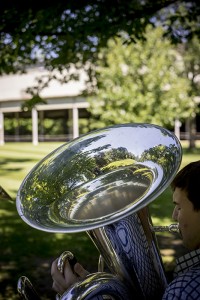 The Shed at Tanglewood; photo by Marco Borggreve.

Upcoming Saturday morning talks will cover an exciting range of topics. Gerard McBurney, recently of the Chicago Symphony, will be the guest speaker on July 30, discussing that evening’s program of Corigliano, Sibelius, and Beethoven. “I doubt many people have encountered American composer (and Pulitzer Prize winner) John Corigliano’s ‘Fantasia on an Ostinato,’” says Kirzinger, “so hearing Gerard talk about that work’s relationship to Beethoven’s Seventh Symphony will likely be revelatory and generate further curiosity about this recent piece of orchestral music.”

Marc Mandel, BSO Director of Program Publications, delivers many of the Saturday morning talks. He will be covering Mahler on August 6, and the following week will be speaking about the Schumann Fourth Symphony; Kirzinger calls Mandel a Schumann aficionado.

“On Saturday, August 21, we’ll be rehearsing George Tsontakis’s ‘Sonnets,’ Tone Poems for English horn and Orchestra, a piece the BSO and principal English horn Robert Sheena premiered at Symphony Hall this past February,” says Kirzinger. He hopes to have George Tsontakis, who he describes as an enormously personable and very musical guy, onstage for that talk. “All our talks are unique,” Kirzinger says, “but these are really special for me, since I get to ask the composer directly about the things I find most interesting in the music.”

Finally, Kirzinger will be talking about Beethoven’s Ninth Symphony on August 27. “This is something I’ve done at least ten times at the close of Tanglewood, and every time I come up with some neat detail about the piece that reveals how many layers of intricacy and genius are involved in any Beethoven work. Such things are, after all, the reason we can return to a piece like this again and again and still get immense satisfaction from hearing it, especially live, with the kind of attention that a concert experience engenders.”

Saturday morning rehearsals of the BSO are open to the public, with reserved-seat Shed tickets available for $33 (front and boxes) and $23 (rear), and $13 (lawn). Rehearsals begin at 10:30 a.m.

This entry was posted in Music, Uncategorized. Bookmark the permalink.