The Gershwins’ Porgy and Bess, an opera in three acts by George Gershwin, Dubose and Dorothy Heyward, Ira Gershwin 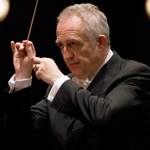 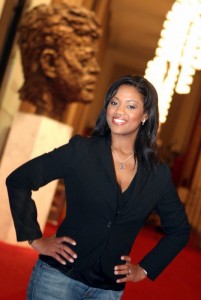 Last Friday night in the Shed at Tanglewood, a magnificent concert performance of Porgy and Bess started with the Boston Symphony Orchestra delivering a syncopated rendition of city life in Charleston, South Carolina, in the late 1920s—the jazz age. Then the conductor, Bramwell Tovey, jumped off the podium, sat down at an upright piano and dashed off some ragtime before getting back to the podium in time for the opening strains of the iconic “Summertime.” Nicole Cabell played the role of Clara, and her rendition of the oft-sung lullaby was thrilling, seductive, even breathtaking.

The entire cast brought wonderful voices and superb musicianship to the now-classic American opera by George Gershwin, Dubose and Dorothy Heyward, and Ira Gershwin. Alfred Walker was warm and genuine as Porgy, but he had a toughness, too, and his voice is rich and lustrous. Laquita Mitchell portrayed a damaged but resilient Bess, shifting her allegiance from one man to the next as the challenges of her life dictated. Mitchell’s voice is soaring and supple, well-suited to the score and very well-suited to the duets with Walker; they sounded wonderful together.

Even though the opera was minimally staged, and the singers were in evening clothes, not in costume, the singers were actors enough to portray the compelling narrative of addiction, danger, poverty, and love in a powerful way that had the audience rapt throughout the performance.

Porgy and Bess takes place in Catfish Row, a slum inhabited by the African-American laborers who work on the docks and their families, a hard-scrabble existence that turns some of the characters to the solace to be found in “happy dust,” others to gambling, and still others to drinking. The story begins with the men of Catfish Row joining in a crap game; Porgy, who is disabled, joins the game, as does Crown, a tough dockhand who is accompanied by his girlfriend, Bess. Crown is drunk, gets in a fight and kills Robbins, another of the gamblers. Crown flees, leaving Bess to fend for herself. She buys some “happy dust” from Sportin’ Life, and then finds shelter with the kind Porgy.

Some of the most memorable music in the opera is part of the wake and funeral for Robbins, who is mourned by his widow, Serena, the luminous Marquita Lister. The call-and-response pattern of black gospel music is amplified and embellished in Gershwin’s composition,

A later scene takes place at a community picnic on Kittiwah Island, the setting for Sportin’ Life’s showstopper “It Ain’t Necessarily So,” a magnificent performance by tenor Jermaine Smith, amplified by his humor and showmanship. As the opera continues, the relationship between Bess and Porgy, and the day-to-day lives of the other Catfish Row residents, become more fraught, more challenging, until the poignant conclusion.

Every one of the soloists delivered a fine performance; Gregg Baker as Crown managed to be intimidating while singing beautifully, and Gwendolyn Brown was warm and expressive as the strong matriarch Maria. The soloists were supported by the always-excellent Tanglewood Festival Chorus. Bramwell Tovey is an animated, lively, fully engaged conductor, and a contributor to the sense of narrative storytelling that was such a rich and rewarding aspect of Friday’s performance, and of course the fine musicians of the BSO lent polish to the score, which still sounds fresh and innovative.

Friday evening was the first time the Boston Symphony Orchestra has ever performed Gershwin’s great masterpiece, the blues-and-jazz-inflected Porgy and Bess. Described by the composer as an “American folk opera,” Porgy and Bess premiered on Broadway in 1935; the version presented on Friday was the restored 1935 version.

It was disappointing to have the last weekend of the BSO at Tanglewood cut short, but Friday’s performance was extraordinary and an exceptional opportunity to hear Porgy and Bess produced on this large scale. It was truly memorable, and for this concert-goer, a fine end to a lovely summer of music at Tanglewood.