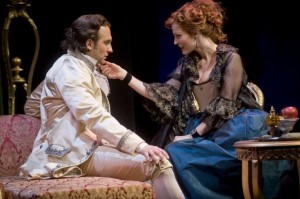 A Barrington Stage Company presentation of a musical in two acts

Book and lyrics by Amy Powers and David Topchik; music by Megan Cavallari 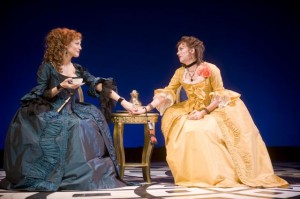 Cast in order of appearance: 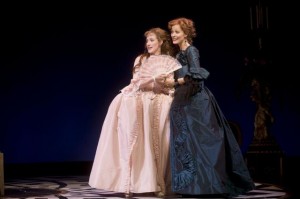 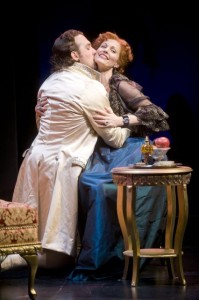 The Game, a musical based on the eighteenth-century epistolary novel Les Liaisons Dangereuses, is a rich, elegant evocation of the excesses rife in the French aristocracy in the years before the French Revolution: the Marquise de Merteuil and her former lover the Vicomte de Valmont plot, manipulate, and scheme, but do it in sumptuous surroundings, within the framework of courtly etiquette, however duplicitous. Barrington Stage Company first presented the world premiere of The Game in 2003, and this summer’s gorgeously appointed, fascinating new production, skillfully directed by Julianne Boyd, does not disappoint.

The story begins with Merteuil and Valmont making a wager of sorts. For reaso 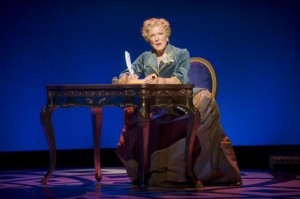 ns of her own, she wants him to romance the virginal Cecile, but Valmont makes a counter-offer: he will seduce (and then abandon) Madame de Tourvel, a woman renowned for her piety and virtue who is staying with Valmont’s indulgent aunt, Madame de Rosemonde.

Merteuil is beautifully portrayed by Rachel York as a charismatic, powerful, and utterly ruthless woman, icily calculating and accustomed to getting her own way, whatever the cost to others. Her cohort, Valmont, in a riveting performance by Graham Rowat, is more than a match for Merteuil. He is handsome, clever, f 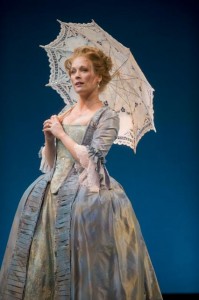 atally attractive, and equally ruthless. The pair are mesmerizing, in the vicious way they decide who will be humiliated or degraded, all part of their treacherous game.

The opening party scene is visually thrilling, as is the opera scene, with the entire cast onstage in the gorgeous period costumes designed by Jennifer Moeller. The songs advance the plot as well as illuminate the characters; this show is well-written and cleverly constructed, and Boyd has paced it beautifully, even with a large number of scene changes. The set design by Michael Anania is very effective; he has created a world that is luxurious and evocative of the period. As in the original novel, much of the plot (and certainly a great deal of the motivation behind the actions of the characters) is revealed in the form of 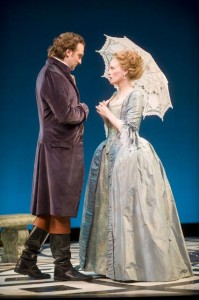 letters. The recitation of the content of the letters is handled well, in a way that makes it quite clear and easy to follow. It’s a useful mechanism to reveal the excessively manipulative, mendacious, and even malicious intentions of Merteuil and Valmont.

Boyd has assembled a balanced cast of actors who not only look right as French aristocrats and sing very well, but deliver compelling performances.

Amy Decker is marvelous as the virtuous Madame de Tourvel, in a performance that builds in emotion and intensity, and is enhanced by her beauty and excellent singing voice. Sarah Stevens, who also brings a wonderful singing voice to her role, is disarmingly sweet and oh-so-naïve as Cecile, recently out of the convent. Chris Peluso is well-cast as the young and charming Chevalier Danceny, who falls in love with Cecile. Christiann 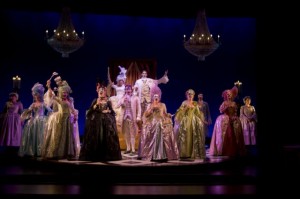 e Tisdale hits all the right notes, in her role as Cecile’s ambitious mother and in her very accomplished vocal performance. Joy Franz is very good as Madame de Rosemonde, the most grounded character in the group.

Music director Darren Cohen once again succeeds in taking a small group of accomplished musicians and creating a big, rich sound, and the vocals are polished and balanced. The score is sophisticated, with elegant harmonies and interesting melodies an 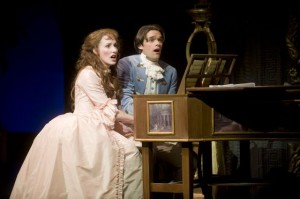 This compelling production of The Game gives us a series of shifting relationships and broken lives, riveting stories indeed, all beautifully packaged and performed; it makes for an evening of mesmerizing theater. 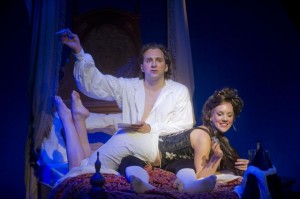 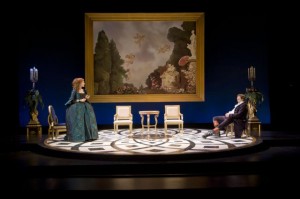