The Boston Pops delivered a lively, entertaining afternoon of Broadway classics including a salute to Cole Porter 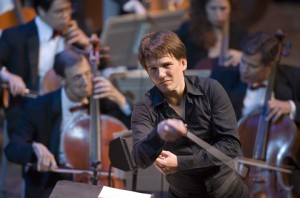 [LENOX, Mass.]—It was a glorious afternoon at Tanglewood, as the throngs of people gathered on the lawn (clustered under the spreading trees for welcome shade or soaking up the sunshine on picnic blankets) can attest. Conductor Keith Lockhart led the Boston Pops Orchestra in an entertaining and engaging program of music by American composers and songwriters with a distinct nod to Broadway, beginning with Richard Rodgers and including Irving Berlin, Jerome Kern, George Gershwin, and then, after the intermission, a vibrant salute to Cole Porter, with Broadway stars Jason Danieley and Kelli O’Hara providing spectacular vocals.

The Pops opened with the overture to the 1937 musical Babes in Arms composed by Richard Rodgers, a delightful piece that opens big and brash; includes strains of the song “Where or When,” with its haunting, tender melody; and finishes with humor (a clang of cowbell) and a sprightly passage that makes one want to tap-dance.

Introducing the second selection, Lockhart chatted about the great American tradition of the musical, and the important composers who made great contributions to the form. A selection of Irving Berlin tunes, arranged to form the “Berlin Bouquet,” included, among others, “Blue Skies,” the lovely ballad “Always,” and the always infectious toe-tapper, “Alexander’s Ragtime Band,” Berlin’s first published song.

The third piece was Jerome Kern’s “Pick Yourself Up,” in a zippy, appealing arrangement that Lockhart said had been in the music library for years; the simple song was embellished with sweeping strings, bold brass, and inventive percussion. 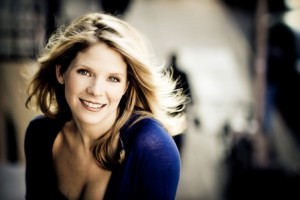 The next section was called “Gershwin in Love,” and included several of George Gershwin’s most tender melodies: “Love Walked In,” “Our Love Is Here to Stay,” “Someone to Watch Over Me,” and “The Man I Love.” The songs are gorgeous, and hearing them played by a full orchestra, especially an orchestra as fine as the Pops, is a treat. (Gershwin’s only opera, Porgy and Bess, will be performed at Tanglewood on August 26.)

The first half of the concert finished with a beautiful rendition of Rodgers’s Carousel waltz, an iconic piece of American musical theater, and as always, it is wonderful to hear this music with a complete orchestra, rather than the pit band that would be performing it during a production of the show.

After the intermission, the Pops returned with the overture to Cole Porter’s Kiss, Me Kate, before bringing out the guest vocalists, acclaimed Broadway stars Jason Danieley and Kelli O’Hara, who jumped right in with the light and amusing duet, “Friendship.” Next, O’Hara impressed with “My Heart Belongs to Daddy,” a song that showcased her soaring, silky voice, and allowed for some fun, too. 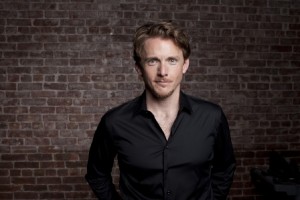 Danieley was up next with the Porter classic, “Night and Day,” and it was a powerful, moving performance; Danieley’s voice is deep, rich, and supple, and the orchestra sounded marvelous.

The arrangements of the Porter songs were wonderful, expanding and magnifying the familiar melodies, adding complexity, emotion, and expression. O’Hara and Danieley have the charm and showmanship to carry off Porter’s witty lyrics and the vocal prowess to deliver the goods.

The singers continued with a charming duet on “It’s De-lovely,” then Danieley offered “Easy to Love” (he does make it look easy), followed by O’Hara’s performance of “Always True to You In My Fashion,” from Kiss Me, Kate, which let hershow a bit of sassy attitude.

Danieley was next with another Kiss Me, Kate number, the brash “Where Is the Life That Late I Led,” O’Hara did a sexy, sultry “Let’s Do It,” and then segued into “Anything Goes,” joined by Danieley. He then assayed the ballad, “In the Still of the Night,” which was stunning, and then O’Hara delivered “So In Love,” a torchy ballad that she sang magnificently. Danieley and O’Hara finished the salute to Cole Porter with a charming duet, “You’re the Top,” including a little soft shoe.

The encore was the Pops’ perennial audience pleaser, “Stars and Stripes Forever.” The whole program was beautifully performed and well-chosen for a sultry summer afternoon, with delightful guest vocalists, classic Broadway tunes, and a moment of old-fashioned Americana as a bang-up finish. It was terrific.