Acclaimed soprano Deborah Voigt to sing at the Mahaiwe Gala 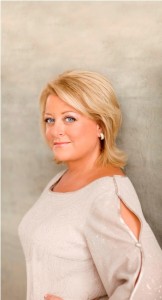 Just a few days ago, opera star Deborah Voigt was singing the role of Brünnhilde in Wagner’s Die Walküre at the Metropolitan Opera in New York. But on Saturday, May 21, at 8, the acclaimed dramatic soprano will be in the Berkshires, giving a recital at the Mahaiwe Performing Arts Center in Great Barrington to celebrate the theater’s annual gala. It’s a treat for opera enthusiasts: last Saturday’s live broadcast of her stellar performance as Brünnhilde was seen at the Mahaiwe by a sold-out crowd.

In Saturday’s recital at the Mahaiwe, Voigt will be accompanied by pianist Brian Zeger and will perform Broadway standards as well as opera selections.

Voigt is known for her roles in popular Italian operas, such as Tosca, Aida, and Amelia in Un ballo in maschera. Earlier this year at her “home” opera house, the Metropolitan, she portrayed Minnie in Puccini’s La Fanciulla del West (The Girl of the Golden West), which also was broadcast live and seen at the Mahaiwe. She has won acclaim in Strauss’s Ariadne auf Naxos and Salome, as Wagner’s Isolde, and Leonora in La forza del destino. In addition to her numerous operatic roles, Voigt enjoys performing American standards and show music; this summer she will star as Annie Oakley in Annie Get Your Gun at the Glimmerglass Festival in Cooperstown, New York, where she will be the first artist-in-residence.

The Mahaiwe Performing Arts Center is at 14 Castle St. in Great Barrington, Mass. For ticket information, call 413.528.0100 or visit www.mahaiwe.org.