American folk music icon Tom Paxton will perform a solo acoustic concert at the Colonial Theatre in Pittsfield, Massachusetts, on May 21 at 8. Paxton’s enduring career as a singer 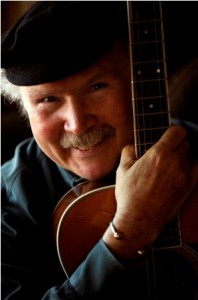 and songwriter has lasted for more than forty-five years, from playing coffeehouses in Greenwich Village in the 1960s to thousands of concerts around the world. He writes heartfelt ballads, songs of social significance, topical songs with humorous lyrics, and songs for kids. “The Last Thing on My Mind” was an early success, and has been covered by many artists; “Ramblin’ Boy” and “Bottle of Wine” are other familiar Paxton compositions. A more recent song, “The Bravest,” celebrates the firefighters who served during the September 11 tragedy.

According to Pete Seeger, “Tom’s songs have a way of sneaking up on you. You find yourself humming them, whistling them, and singing a verse to a friend. Like the songs of Woody Guthrie, they’re becoming part of America.”

Over the years Paxton has recorded more than twenty albums and written scores of songs; in 2009, Paxton was presented with a Lifetime Achievement Award at the Grammys. His songs have been recorded by many, many singers, from the likes of Pete Seeger and Judy Collins to Willie Nelson, Placido Domingo, and Arlo Guthrie.

Tickets are available at the Colonial box office at 111 South St., Pittsfield; by calling 413.997.4444 or online at www.TheColonialTheatre.org.